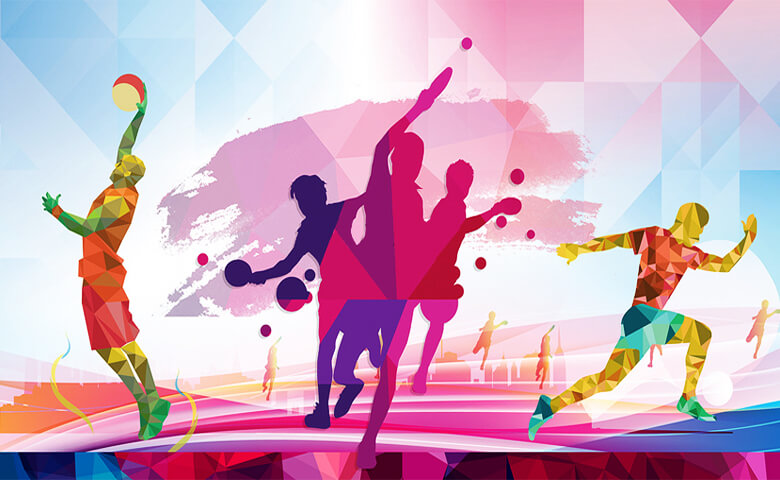 Days are gone of sayings like ‘Pdhogei likhogei bnogei nwab, khelogei kudogei hoyogei khrab’. In the present scenario, as study gets important value, equal weightage is carried by sports be it from the point of view of fitness or as a career. It would not be an exaggeration to say that sports lead towards harmonious development of a person.

While sports like Cricket, Lawn Tennis, Football, etc. ensure physical fitness and a fine physique, sports like Chess, Checkers, etc. rely on razer sharp wit and thus named as ‘mind games.’ In addition to physical and mental fitness, sports create sensation and excitement not only in the players involved in it, but also in the spectators and audience who remain glued to its unexpected moves and turns.

Man is a social animal and this socio-cultural development is well witnessed in games. A team can never beat its opponents if lacks mutual understanding and cooperation. As a team is a rainbow of different players belonging to various castes, creeds, and religions, game act like a tying knot across different countries.

Incentives like cash award, trophy, medals, to set records, etc. stimulate players to boost up their skills and achieve excellence and thus pave way for spirit of healthy competition.

What is the value of ‘fair’ and ‘ foul’ in life can also be learned from sports. Cricket fans would be well aware of the case of Australian ball-tempering which imposed a ban on Steve Smith, David Warner and Cameron Bancroft for trying to rough up one end of the cricket ball with the help of sandpaper and thus resulting into producing swing for ball. Similarly, who can erase the memory of doping case of sprinter Nesta Carter who was declared disqualified from Beijing Olympics. Such illustrations teach us the value of choosing judicious ways to achieve success rather than by malpractices. Such tricks when caught, not only lowers you in the eyes of others but also in your own eyes and its ghost follow you wherever you go. If your victory brings laurel for your country, why not the head of your countrymen would bend down due to your foul ways.

Besides, interesting pastime, sports develop sense of ‘ discipline.’ How well it is said that in the absence of discipline , a team would be like a flock of animals roaming here and there aimlessly. It is this discipline which asks them to pay respect to their opponents and play and behave sensibly in the field and even not let down morale in case of defeat met at the hands of adversaries.

These are the games which give you name and fame and money. Who in the world would be ignorant of Sachin Tendulkar, Sania Mirza, Roger Federer, Usmain Bolt, et.al. It is their popularity which prompts different companies to choose them as their brand ambassadors. Sachin Tendulkar was roped in by Apollo Tyres. Cited in the list is the recent case of badminton player P V Sindhu who has signed as brand ambassador for PNB MetLife. These are the players who are featured time and again in world’s magazines and become apples of eyes even of the fans of other countries.

So career in sports strengthen you from all sides be it physical, mental, social, economical, etc.