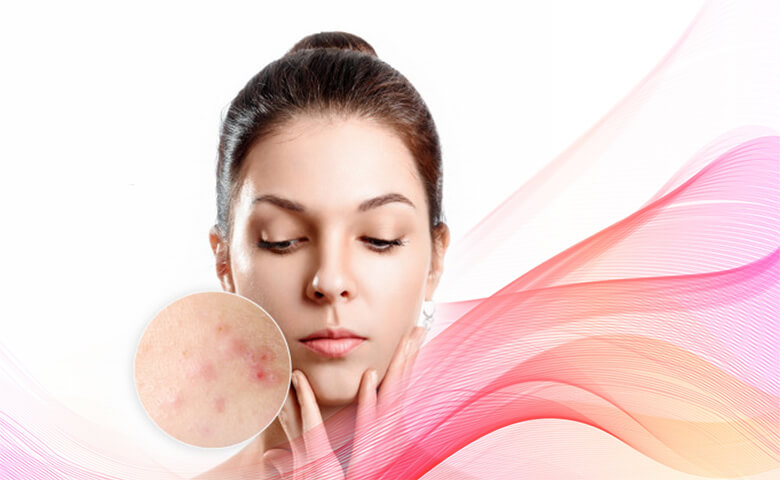 Acne is a common skin condition that affects nearly 10% of the world’s population. Numerous factors contribute to the growth of acne, including sebum and keratin production, acne-causing bacteria, hormones, blocked pores and inflammation.

No doubt, the link between diet and acne has been controversial, but recent research shows that diet can play a major role in acne growth.

I will review the foods that cause acne and discuss why the quality of diet is important.

People with acne tend to consume more refined carbohydrates than people with little or or no acne.

Food rich in refined carbohydrates include:-

Few studies show that people who frequently consumed added sugars had a 30% greater risk or developing acne, while those who commonly ate pastries and cakes had a 20% greater risk.

This increased risk may be explained by the effects that refined carbohydrates have on blood sugar and insulin levels also rise to help shuttle the blood sugar out of the blood stream and into your cells. However high levels of insulin are not good for those with acne.

On the other hand, low glycolic diets, which do not dramatically raise blood sugars or insulin levels, are associated with reduced acne severity.

Although the research on this topic is promising more is needed to further understand how refined carbohydrates contribute to acne.

Several studies have found a link between milk products and acne severity in teenagers. However, the studies conducted so far have not been high quality.

Till date research has focused mainly on teenagers and young adults and has only shown a correlation between milk and acne, not a cause and effect relationship.

Up till now it is not clear how milk may contribute to the formation of acne, but there are several proposed theories.

Milk is known to increase insulin levels, independent of its effect on blood sugar, which may worsen acne severity.

Cow’s milk also contains amino acids that stimulate the liver to produce more 1 Gf-1, which has been linked to the development of acne.

Although there is speculation on why drinking milk may worse acne, it is unclear whether dairy plays a direct role. More research is needed to determine if there is specific amount of type of diary that may aggregate acne.

Fast food items, such as burgers, nuggets, hot dogs, French fries, sodas and milkshakes are the main stays of a typical western diet and may increase acne risk.

It is clear that why eating fast food may increase the risk of developing acne. However, some researches propose that it may affect gene expression and alter hormone levels in the way that promote acne development.

Yet it is important to note that most of the research on fast food and acne has used self reported data. This type of research only shows pattern of dietary habits and acne risk does not prove that fast food cause acne. This more research is needed.

Diets containing a large amount of omega-6 fatty acids, like the typical western diet, have been linked to an increased level of inflammation and acne.

This may be because western diets contain a large amount of corn and soy oils, which are rich in omega-6 fats And few foods that contain omega-3 fats, like fish and walnuts.

This imbalance of omega-6 and omega-3 fatty acids pushes the body into an inflammatory state, which may worsen acne severity.

Conversely, supplementary with omega-3 fatty acids may reduce the levels of inflammation and has been found to reduce acne severity.

Although the links between omega-6 fatty acids may reduce the levels of inflammation and has been found to reduce acne severity.

Yet the links between omega-6 fatty acids and acne are promising, there have been no controlled studies on this topic and still more research is needed.

Chocolate is a suspected acne trigger since the 1920s, but so far, no consensus has been reached.

Several informal surveys have linked eating developing acne but this is not sufficient to prove that chocolate causes acne.

On the other hand, one more study about the same says that males who were given capsules of 100% cocoa powder daily had drastically more acne lesions after one week compared to those given a placebo.

Exactly why chocolate increased the reactivity of the immune system to acne causing bacteria, which may help explain these findings.

While recent research supports a link between chocolate consumption and acne, it remains unclear whether chocolate actually causes acne.

Why protein is popular dietary supplement? It is a rich source of the amino acids leonine and glutamine. These amino acids make skin cell grow and divide more quickly which may contribute to the formation of acne.

The amino acids in whey protein can also stimulate the body to generate higher levels of insulin which has been linked to the growth of acne.

Few case studies have reported a link among whey protein consumption and acne in athletes especially in male athletes.

Another study says that it has a direct correlation between acne severity and the number of days on whey protein supplements.

Finally we can say that these studies support a link between whey protein and acne, but I think it need to explore more to determine whether whey protein causes acne.