In the society of today, people of all genders are equal. Daughters have a right to get the same treatment and love their parents.
It is not at all a common practice that parents will love their daughters less than they love their sons. It is just an outdated idea which is still being followed in some communities around the world.

A number of countries repress girls in the school system or do not allow them to get an education, while boys are allowed to study as much as they want. In some countries, daughters do not have the same inheritance as sons or cannot own a house.

Parents know that daughters are more than just daughters, they are also a best friend and sister. Sometimes they’re the only ones who understand you. This is why daughters day is such an important day to celebrate. It’s the time of year when we take the time to think of everything that our daughters mean to us and how grateful we are for them.

The stigma of girls being confined to the four walls for the house chores will be abolished after reading these stories of brave heart daughters, who not only donated the portion of their liver but saved the lives of their fathers, making the bond of father and daughter more stronger and creating a history of humanitarian works.

A large majority of the organs available for transplant – such as hearts, lungs, and corneas – come from people who arrange for their organs to be donated after their deaths. It is possible to harvest kidneys and livers from a living donor even if the donor is still alive.

Living kidney transplantation is possible since humans are born with two kidneys, but one can live a healthy, active life without the other. However, the liver is different. 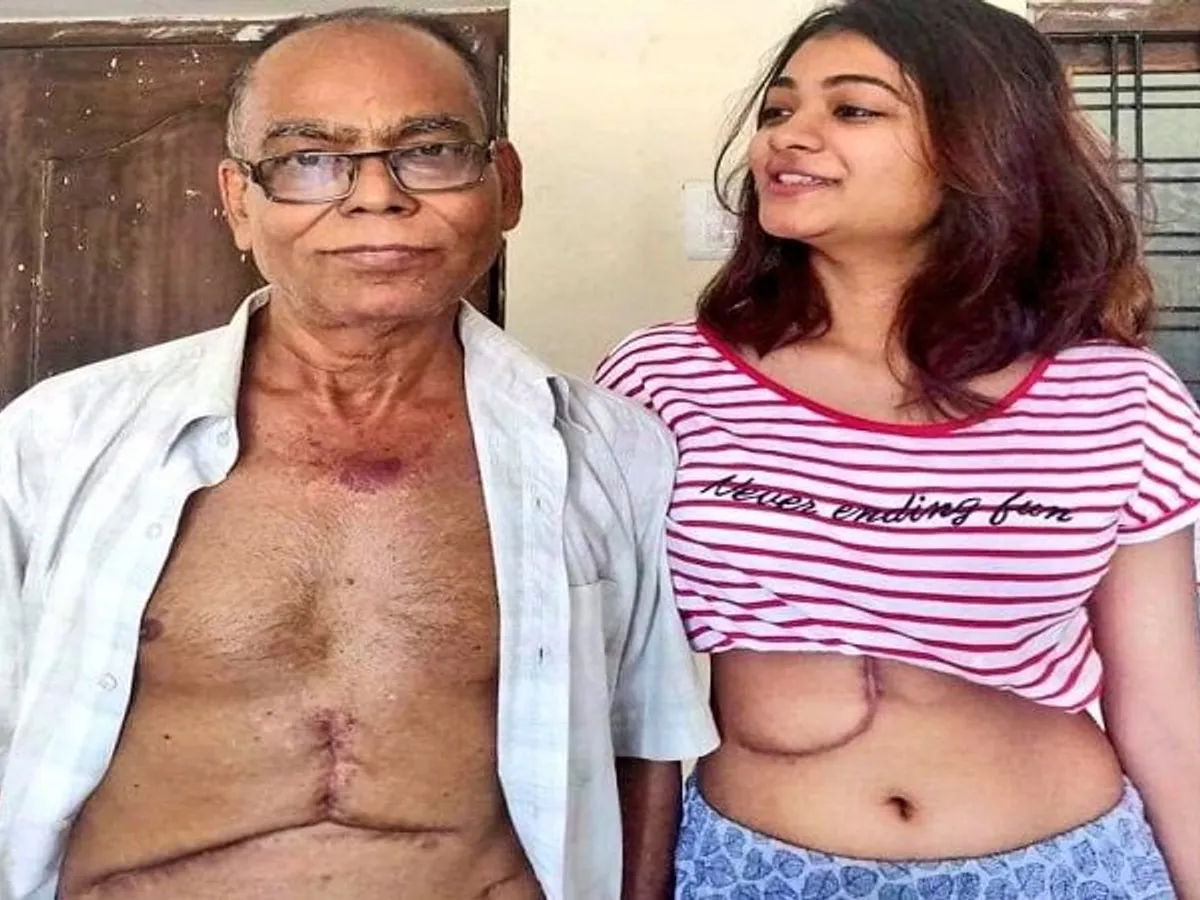 Where these days someone does not share a pint of blood with anyone Rakhi Dutta, 19-year-old girl who gave 65 percent of her liver to her father to give him a chance at life. When it came to saving her father, the strong young girl didn’t let pain, Scares or her own life come between her and a will to save her father.

As Rakhi Dutta’s father suffered from a serious liver condition, he needed urgent surgery, life and death lie in God’s hands, but you can attempt to save your loved ones if you want to. This made the strong daughter more determined to take action. 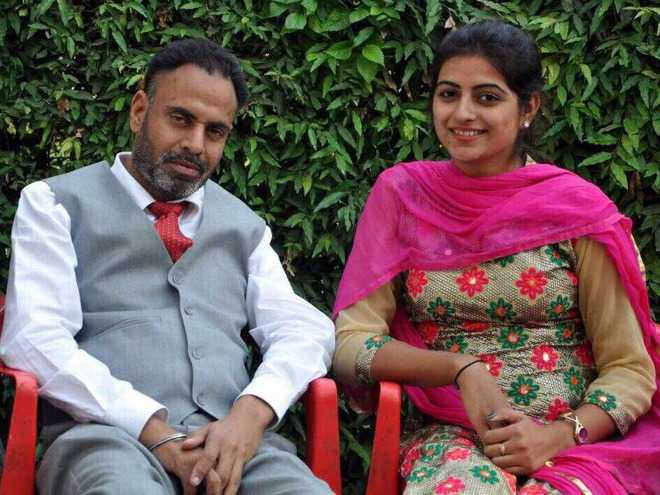 The father and daughter’s bond is the most precious one and this is proved very well by Manpreet Kaur, student of MCA II at Guru Nanak Institute of Management and Technology,

Manmohan Singh, father of the warrior daughter, and For many years, he has suffered from diabetes and liver disease. Doctors recommended him to undergo the liver transplant surgery in order to save his life. His blood does not match with any of his relatives except his daughter.

Manpreet kaur agreed at once to donate the portion of his liver to his father, but the family was not in favour of this decision as she was young and unmarried but no one could resist the determined girl.

Hearing the words of Manpreet can give you goosebumps, I cannot imagine living without him, and I was fortunate enough to save him, so I did not second guess my decision,” she said, smiling.

When children abandon their parents these days, Neha Insan, resident of Greater Kailash , Delhi, saved her father’s life by donating a portion of her Liver.

Originally from India, Neha Insan gave new life to her father Manmohan Insan because he had a tumor in his liver. As a result, all the family members including her brother, sister-in-law and mother were ready to donate livers. But she insisted on donating the liver and saving the life of her loving father.

Neha told that before donating the liver with the mercy of revered Guru Sant Dr. Gurmeet Ram Rahim Singh Ji Insan, I did not feel any fear and became completely healthy after about a month. Now when I was examined, my liver was 85 percent recovered. He said that when his father’s damaged liver was removed and examined, it was found that he had cancer.

She further added that she got the inspiration to do this great humanitarian deed from Saint Dr. Gurmeet Ram Rahim Singh Ji Insan. 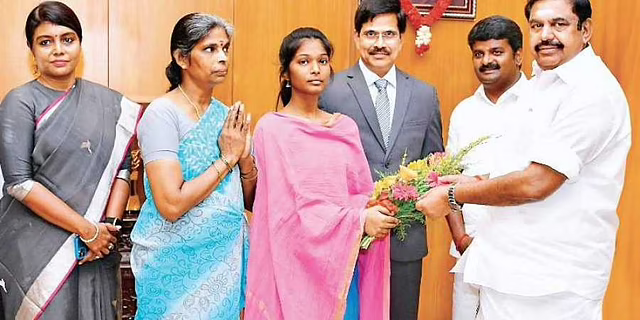 The Chennai girl set an example by Liver Transplantation.

An end-stage liver disease sufferer’s liver was harvested from a 19-year-old girl and transplanted into his father, who was experiencing liver failure.

The family was conscious of the incision in the abdomen and the marks it would leave on her body. They were also worried about possible marriage prospects after the operation. No matter what, we explained the procedure to them and reassured them,” say doctor 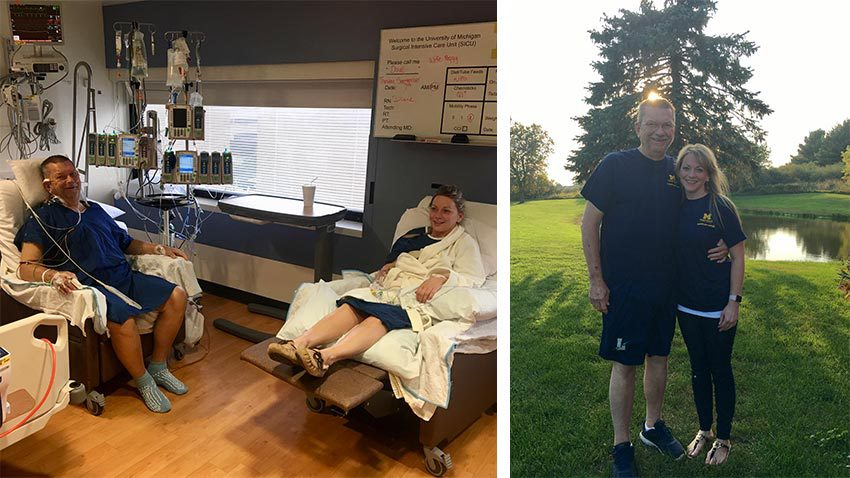 In 2017, Emily Wenzel-Miles donated a portion of her liver to her father.

David Wenzel was a super healthy and active police officer before he was discovered in 2016, scarring of the liver. He suffered from physical and mental illness due to his liver’s inability to remove toxins from the body. Not even in months, he barely stands and walks.

He was in need of liver transplant and the family was looking for a liver donor, as they were unaware of alive liver donation.

Wenzel was initially opposed to the idea. It would never occur to him to discuss an option that might endanger someone close to him. When Wenzel-Miles’ father began to deteriorate, she decided to explore the possibility of living donor transplantation.

.In 2017, the two underwent the complex surgical process of liver transplantation. Wenzel-Miles’ procedure began first.Wenzel-mills is claustrophobic, so MRI was always a tough job for her but surgery went smooth and within weeks the recovery was seen in her father.

So, this was another story of the unconditional love of a daughter for her father.

Daughters can also be the pride of society, nation and FAMILY. Daughters are no less than one in any field from academics to sports and helping hands for their loved ones and society.