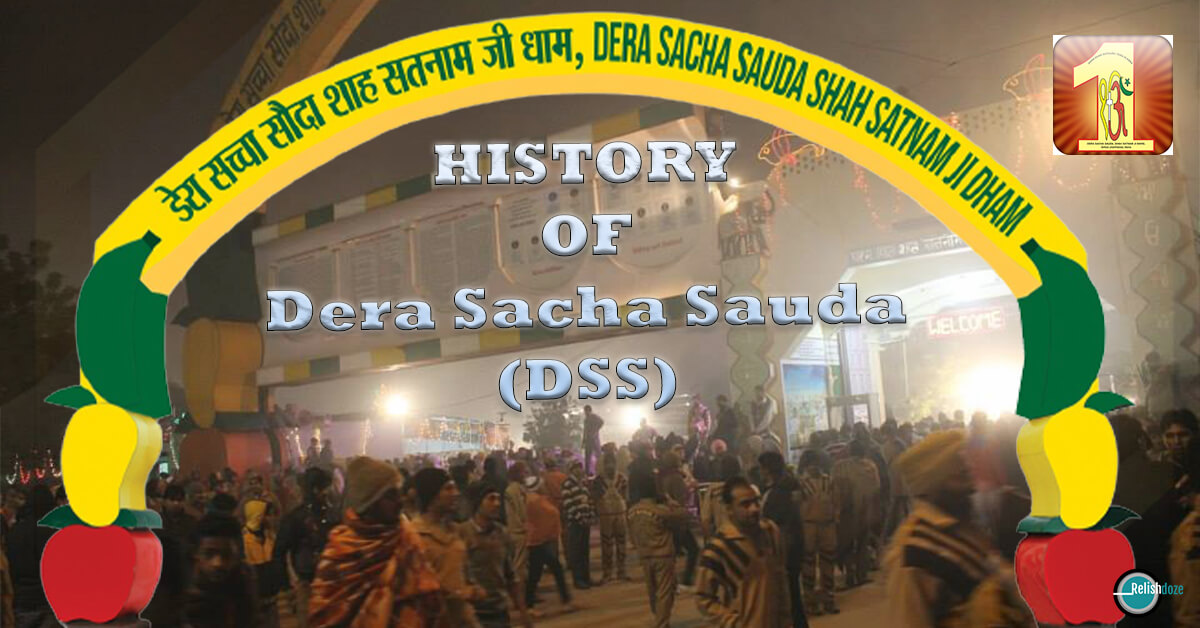 DSS or Dera Sacha Sauda is a spirituality based organization whose sole motive is to spread humanity. Dera refers to a place, Sacha means Truth and Sauda means Business. Business is to exchange, one thing for another.

What is exchanged at Dera Sacha Sauda? It is a little surprising but the truth is people come here, take God’s name, learn the method of meditation for free, and in exchange they give away their vices from within. So, the overall literal meaning is ‘The place of real truth’. The organization teaches all to leave vices and to be human in the real sense.

Now, the question is who is the founder of this organization, who came up with such a pious objective?

Shah Mastana Ji laid the foundation of Dera Sacha Sauda, the Confluence of all religions on the 29th of April, 1948. He preached the method of meditation till 1960. On the 28th of February 1960, he handed over the powers to Shah Satnam Ji by revealing the secret that he is the one power that controls the universe. On 23rd September 1990, Shah Satnam Ji chose Saint Gurmeet Ram Rahim Singh Ji Insan as his successor and His Holiness continues to guide millions of people today.

Shah Mastana Ji, the founder of Dera Sacha Sauda was born in Balochistan and was named Khemamal by his parents. He was spiritual from the very childhood. He saw many saints but he was not satisfied as he wanted to see the one God as per our religions and at the age of fourteen he left his home in search of God. With the continuous efforts over the years, he reached Beas. 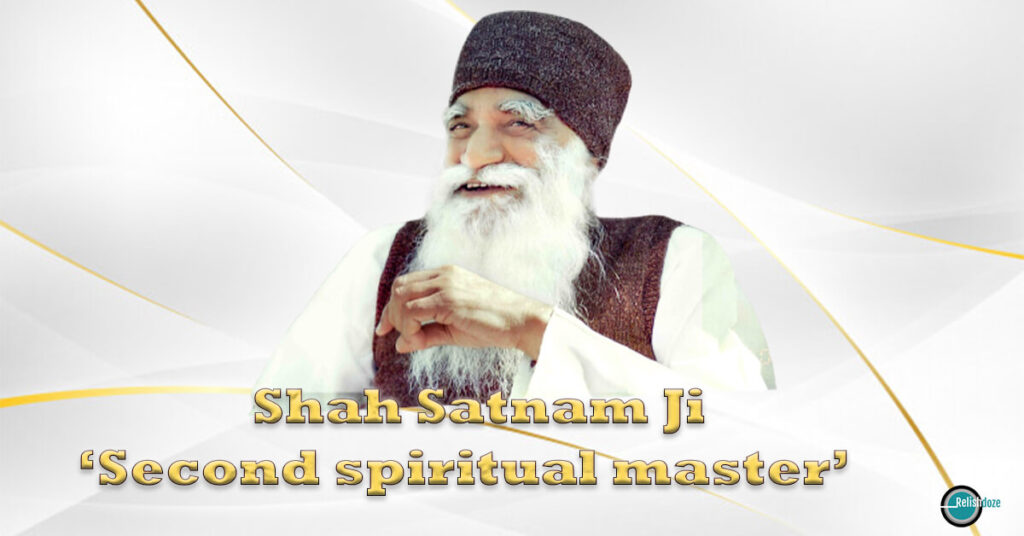 When he saw the spiritual master Baba Sawan Singh Ji, he was satisfied that his search is completed. Every time on seeing his spiritual master, he used to dance as his hands and feet automatically started moving with joy and inner happiness on seeing him. The whole day long he used to engage in selfless services at Ashram.

One day, Baba Sawan Singh Ji called Khemamal Ji on a complaint made by others that he dances in the Ashram and speaks a different slogan than that of the other devotees. That day, Baba Sawan Singh Ji gave him divine powers, gave a common slogan “Dhan Dhan Satguru Tera Hi Aasra” to Shah Mastana Ji, and entrusted him to teach God’s name to others under this slogan which depicts thanks to the One God, the creator.

Once Shah Mastana Ji saw footsteps and told everyone that these are the footsteps of God. He said, “He is that Satnam, the supreme power, which the whole world is looking for.” On 28th February 1960, Shah Mastana Ji entrusted Shah Satnam Ji with DSS chief responsibilities. During his term, the ashram was expanded and he built a new ashram in Barnava, Uttar Pradesh. 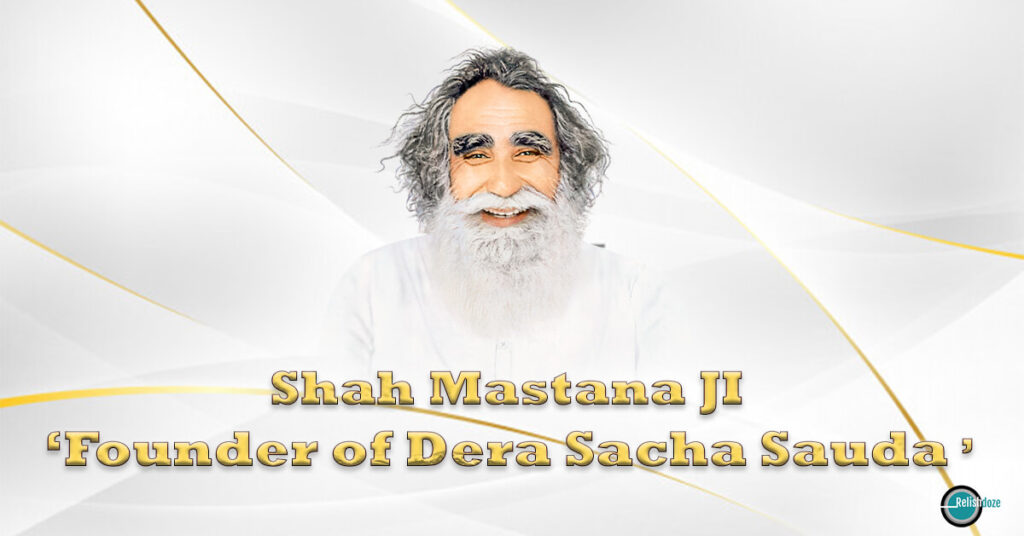 He organized spiritual sessions in more than 2200 villages, he wrote more than twenty books and more than fifteen hundred hymns. On 23rd September 1990, on transferring his responsibilities to Saint Dr. Gurmeet Ram Rahim Singh Ji Insan he gave the biggest unheard and unsaid dictum “We were, we are and we will be”.

When Saint Gurmeet Ram Rahim Singh Ji Insan aka Saint MSG became Dera chief, many more Ashrams were built and developed all over India. He made many movies and in modern innumerable ways, he is teaching humanity lessons to all. Millions of people learned the method of meditation and left their vices and intoxications with his pious inspiration. 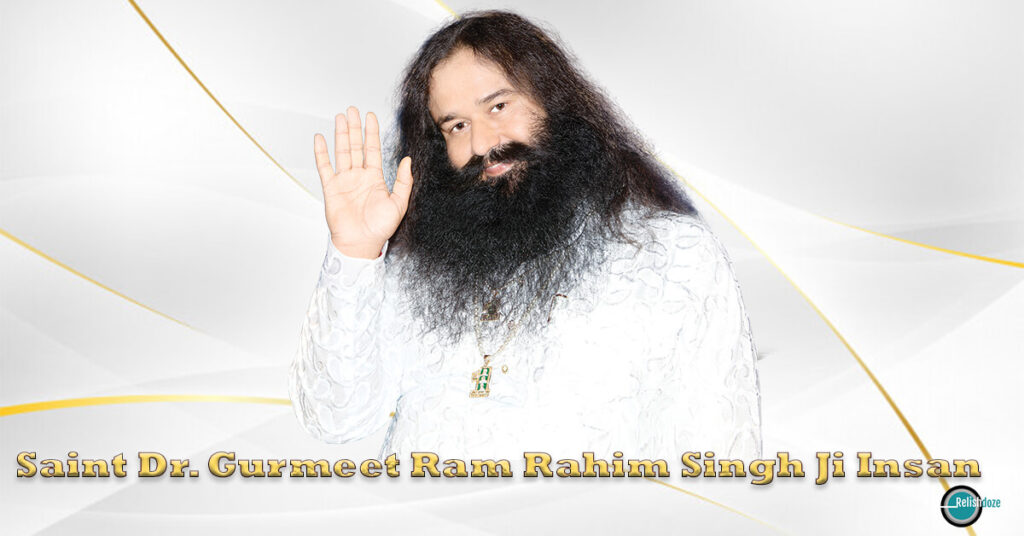 He initiated 135 welfare works on which the devotees are selflessly working with dedication. The 135th welfare work has been started in recent days, on 25th January 2021. Shah Mastana Ji used to talk about the third body, meaning the third spiritual master of Dera Sacha Sauda, that it will be very powerful.

When the foundation of Dera Sacha Sauda was laid, the devotees started connecting with Shah Mastana Ji. The three basics pledges are taken by the followers. The first is to adopt vegetarianism. The second is to leave alcoholism, smoking, and other intoxications. The third is to believe every elder one as mother or father, every younger one as son or daughter, same age group persons as brother or sister and relationship of husband and wife is not wrong. So, one must fulfill responsibilities by being loyal to these relationships.

Whenever true saints incarnate on this Earth, they pray for the welfare of mankind. Shah Mastana Ji said that the devotees who are firm on following the above-mentioned three pledges and are regular on meditation & humanity services will never be deprived of any happiness in both realms.

Welfare Works and teachings at DSS

It is taught at DSS that “Is janam mein ye do kaam karo, ek naam japo, ek prem karo, kisi jeev ka dil na dukhana kabhi, maut yaad rakho, maalik se daro.” The meaning of these lines is to always spare time for remembrance of God, love all the creatures of God, never hurt others, and never do wrong deeds anywhere as God is watching you at every place.

As the area was having thorny bushes at that time and usually snakes or other poisonous creatures were seen nearby but Shah Mastana Ji ordered not to kill any creature and this holy command is still followed by all the devotees.

Once Shah Mastana Ji was walking and said in future this place will be an example of Spirituality “Sachkhand ka namoona”. The amazing building structures be it SMG resort, Sachkhand hall, International Stadium, Shah Satnam ji hospital many many more things keep people in wonder.

Millions of devotees throughout India and abroad are following the organization. On being the part of 135 welfare works they are dedicatedly doing selfless services and are keeping humanity alive on this earth.

These things seem to be proved today when people see the world records in welfare works in name of Dera Sacha Sauda. With every passing day DSS is spreading humanitarian messages in every corner.